The Conservation Zone at Küçükdalyan

This neighbourhood has been declared to be a "First Degree" Archaeological Conservation Zone under Turkish law. This means that this area should be left as it is in the municipality's construction plans. And there cannot be any excavations except for scientific purposes. (It should not be forgotten that in Turkey, with the approval of the local museum, one can make private excavations. This law forbids these kind of excavations in said areas).

The details of this law may be found here:


Below can be seen a map of the current protection zone covering the area known as Küçükdalyan is the modern neighborhood that consists in the northern part of the modern day Antioch. 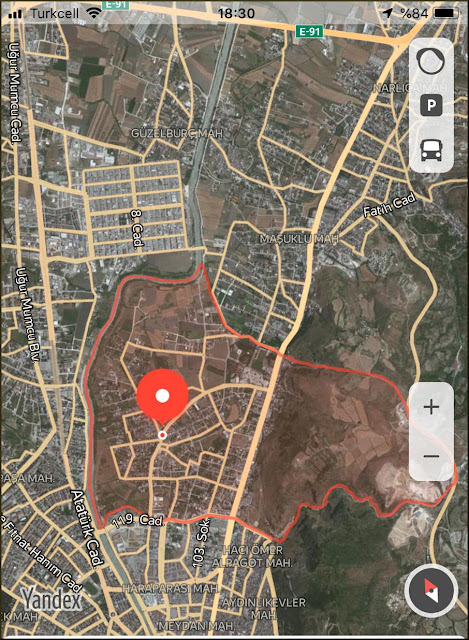 In modern times this is the neighbourhood that covers the excavation of the Podium Temple and excavation of Hippodrome. It also has Antioch Mosaic Museum and Saint Peter's museum within it.

When you consider Ancient Antioch, it's the place where the island, temple, the Beroea Gate and almost all of the Northern walls. If we look at the borders of it, we can see on the West side, the Orontes is delimiting all of the zone and some part to the North. At the East almost whole of the Mount Staurin is the border. The southern border runs along the course of the Parmenius river until it's meeting point with the Orontes.

I have just read some of your articles here and I confess that I am impressed. I live in Küçükdalyan and I really want to discover more about the past of my province. I am an Ancient Rome enthusiast and when I learn more about Antioch the more I get schoked by the beauties and advances back then and the more I get upset thinking how it is today. When I read about your Hippodrome article and saw the photos, I remembered how I used to walk along the remains of it without knowing it was nearly the largest hippodrome of Roman Empire... But I hope I will learn more about my homecity.