While recently reading the Atlas of the Roman World by Tim Cornell and John Matthews (FactsOnFile, New York, 1982), I came upon an interesting map of the region of Antioch, which showed not only the Roman roads in the region but also the siting of the string of forts that protected the city and the province of Syria Coele from encroachment by Parthians and Sassanids. Here it is: 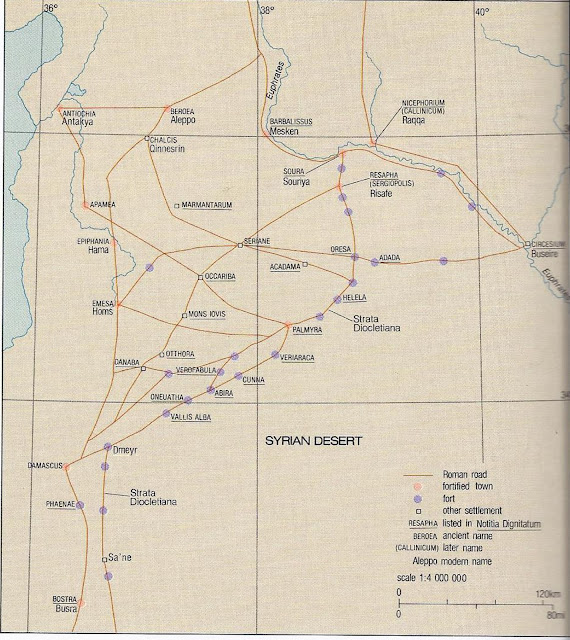 The map shows the essentials of the Diocletianic eastern frontier (strata Diocletiana) as reconstructed from the the evidence of the Notitia Dignitatum, field archaeology and aerial surveys.
at June 29, 2013