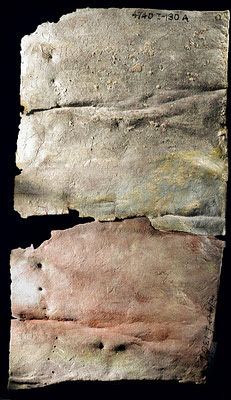 “They are so similar, because professionals were using magic books that circulated,” he said. “These had templates that were used for hundreds of years.”"
at January 05, 2012