The Dig at the Daphne Bridge

My colleague in Antakya, Jorgen Christiansen-Ernst is constantly on the lookout for ad hoc excavations and developments with relation to the historic sites. Interestingly he came across a dig going on at the south side of the city.

It would appear that some municipal workers doing some canalisation work at the corner northwest of the barracks (Uğur Mumcu Caddesi) came across a bridge that might have been that which led from the Daphne Gate across the Phyrminos stream and then on to Daphne. 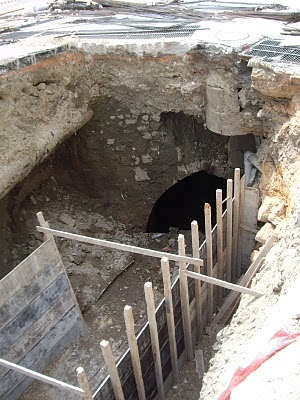 The preservation of the arch looks exceptionally good. The road surface can be seen at the top of the photo above and it is not very much higher than the top of the bridge suggesting that some judicious excavations in the district might uncover the Daphne Gate itself. 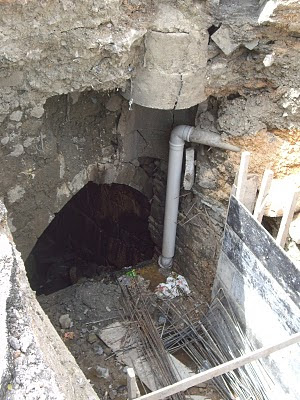 JCE feels that this bridge is the one seen northwest of the barracks in the aerial photos taken in the 1930s that were published in the article (Survivances urbains) of Gregoire Poccardi page 98 (seen below). 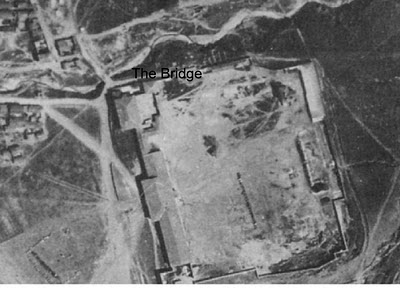